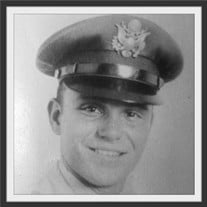 Tom David Eilers, age 86, of Newland, North Carolina passed away on Monday, June 22, 2020 at his residence after an 8 year battle with Alzheimer’s. He was born on August 26, 1933 in Fort Dodge, Iowa, a son of the late Louis D. Eilers and the late Frances Wilson Eilers. Tom was orphaned at age 5 and then was raised by his Uncle Tom David Eilers and Aunt Lyle Eilers. Tom attended Missouri Military Academy from 8th to 12th grade where he played trumpet in the marching band. During his time in the Academy, he was he was voted “Most Versatile Cadet”. After High School, Tom attended University of Missouri “Mizzou” where he earned Bachelor of Administration in business and was a member of the ROTC. During college, he was a member of the Diving team and sang lead in a quartet called "The Four Sophomores" and also played trumpet in a dance band. After college, Tom proudly served his country in the United States Air Force as a Jet Fighter Pilot. While in the Air Force, he was stationed at multiple Air Force bases plus he flew in the Asian conflict. His last post was in Seymour Johnson Air Force Base in Goldsboro in 1961. While he was in Goldsboro, he met a local school teacher, Eunice Beal, at a Base social. They were married and moved to Raleigh in the early 60’s. In Raleigh, Tom was very active in the Raleigh Jaycees where he was named ‘Raleigh Jaycee of the Year’. The District 6 Rotary Club selected Tom as one of “NC 6 Most Outstanding Businessmen”. Due to these honors, Tom was selected by the Rotary Club to be part of the team of Goodwill Ambassadors, where he was sent with the team to Australia. For 8 weeks, he visited and presented to a different Rotary club each day. Later in his life, he then served as President of North Raleigh Rotary Club and was a Paul Harris Fellow. Tom was a Certified Public Accountant (CPA), Certified Management Consultant (CMC) and Certified Valuation Analyst (CVA). He was a founder of his own very successful local CPA firm in Raleigh for many decades. He taught several courses for the NC, AICPA Association and was a motivational and keynote speaker for many years. Tom was named as one of the “Top 100 Most Influential Businessmen in Research Triangle Park”. Tom met the love of his life, Linda Dix Burke “Bunny” and they were married in Cary NC in 1976. They had a fabulous 44-year marriage and traveled together for many years. Bunny was an amazing, selfless caregiver for Tom for the last 8 years of his life giving him joy and comfort. Tom was a great listener and many, many people would come to talk to him about their goals, issues and plans to get his kind and very pointed advice. Many people loved him. His positive attitude and kind demeanor will be missed by his friends and family. Tom leaves behind to cherish his memory, his Wife of 44 years, Linda “Bunny” Eilers of the home, NC; Son, Tom David Eilers, Jr. of Charlotte, NC; Daughter, Lissa Eilers Johnsen of Raleigh, NC; Daughter, Mary Barton (Andrew) Ross of Charlotte, NC; Daughter, Kimberly Eilers Brown, residing in Mexico. He also leaves behind eight Grandchildren - Bjorn Johnsen, Erik Johnsen, Alek Johnsen, Michayla Ross, Drew Ross, Braden Ross, Ashley Eilers and Georgia Eilers. In tribute to honor Tom's service to his country, a special video presentation of "Red Flag" will be shown in the Grandfather Chapel of Reins-Sturdivant Funeral Home at 11:00 am on Wednesday, July 1, 2020. A brief reception with some of Tom's favorite foods will be provided from 12:00 noon until 1:00 pm, at which time the service to celebrate Tom's life will begin, followed by Military Honors provided by the Pat Ray Post of the VFW. The funeral cortège will depart Reins Sturdivant Funeral Home in Newland , at 8:15 am, Thursday July 2, to gather at the RS crematorium in Elizabethton TN ,for final Air Force Honor Guard and Taps tribute. The family would like to extend their deep appreciation and thanks to Medi Home Hospice for the wonderful loving care they provided. A very special thank you to Tom's CNA, Debbie Stines, for her loving Christian care. Tom loved you. In lieu of flowers, memorials should be made online to PawsibilitiesUnleashed.org of Kentucky, they provided Tom his incredible service dog, Molly. Pawsibilities provides service animals across the United States. All donations are tax deductible. Words of Comfort and Memories may be shared with the Eilers family by visiting our website www.rsfh.net The care of Tom and his family has been entrusted to Reins-Sturdivant Funeral Home of Newland.

The family of Tom D Eilers created this Life Tributes page to make it easy to share your memories.

Send flowers to the Eilers family.