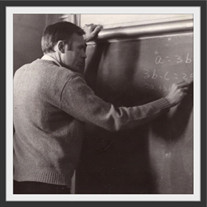 July 17, 1934- September 8, 2021 Stokes Allen (Stoker) Hughes slipped into eternity on September 8, 2021 at Life Care Center of Banner Elk after a lengthy illness. He was the son of the late Roy and Mary Lou (Granny) Callahan Hughes. He was a member of The Minneapolis Methodist Church. He was preceded in death by his parents, his brother Al Hughes, sister Jacqueline Coffey, Son Brady Lee Hughes, Nephew John Coffey and first cousin Reverend Reed Callahan. He is survived by his son Allen Hughes and wife Sheila, two grandchildren Tessarai Powers and Chazz Hughes; Three great - grandchildren, Stokes Powers, Jasper Powers and River Hughes. He also leaves behind numerous cousins, nieces and nephews. “Uncle Stoker “was fiercely independent, and was once referred to as the “original hippie” by one of his former students. He wore many hats in his lifetime; timber cutter, pipeline welder, auto assembly line worker, school teacher (primarily at Cranberry High School) elementary school principal, Department of Social Services case worker and even pulled a short stint as County Manager. He became proficient at arts and crafts making slingshots, grapevine wreaths, birch limb baskets and thousands of feet of Christmas garland. His last official job was instructing inmates in achieving their GED through Mayland Technical College. His hobbies prior to declining health were gardening, fishing, playing cards and scrabble. He is fondly remembered by many of his former students and co-workers who loved his wit and dry sense of humor. He attended too many universities to mention, but finally earned his BS degree from Appalachian State University and attended graduate school at The University of Tennessee. Many thanks to his caregivers over the last several years; Wayne Martin, Bill and Donna Tate, Robert Clark, Julia Sherrill, Sara Seaver and the staff at The Baker Clinic. Thanks also to the volunteers at The Avery Senior Center including John Sturgill, Buffy Clark, Becky Corrigan, and to The High Country Community Health staff including his final cna Elaine Buchanan. Services for Stokes Hughes will be held on Sunday, September 12, 2021 beginning at 3:00 pm from the Minneapolis Methodist Church with Pastor David Hobson and Pastor Robert "Buzz" Beers officiating. The family will receive friends beginning at 2:00 pm on Sunday at Minneapolis Methodist Church. Interment will be in the Slippery Hill Cemetery. Words of Comfort and Memories may be shared with the Hughes family by visiting our website www.rsfh.net The care of Stokes and his family has been entrusted to Reins-Sturdivant Funeral Home of Newland (828) 733-2121

July 17, 1934- September 8, 2021 Stokes Allen (Stoker) Hughes slipped into eternity on September 8, 2021 at Life Care Center of Banner Elk after a lengthy illness. He was the son of the late Roy and Mary Lou (Granny) Callahan Hughes. He was... View Obituary & Service Information

The family of Stokes Allen (Stoker) Hughes created this Life Tributes page to make it easy to share your memories.