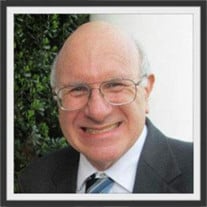 Steven Henry Cook MD (Doc Cook) passed away August 22nd at the age of 68 in his home surrounded by his family after his long struggle following a series of strokes. He was born in Syracuse, NY on September 6, 1951. He went to college in Waco, TX at Baylor University. After Baylor, he moved back to NY to pursue a medical degree at Upstate Medical Center College of Medicine. He met Bobbie Spencer in histology lab, and a few years later (on July 4, 1976) they married. They both graduated in 1977, and after completing an internship in Somerville, NJ, and family practice residency in Johnson City, NY, Steve established a family medical practice in Johnson City, NY. He worked in that practice for 12 years; he and Bobbie had four kids during their time in NY. In 1994, Steve and Bobbie moved to Banner Elk, NC where he practiced medicine for another 17 years. Doc loved delivering babies, practicing family medicine, and occasionally moonlighting in the emergency room. Doc had a passion for ministry and especially for foreign missions. He organized more than ten medical mission trips to Haiti, where doctors, nurses, and non-medical volunteers would treat those without regular access to medical care. Ministry was as important to him as medical treatment, and he used these trips to share Jesus' love through his actions with those who might not have heard the Gospel before. He fellowshipped at Mt. Calvary Baptist and led the senior sunday school class there for many years. Steve was an avid Spades player, a life-long Boy Scout, a Mexican food enthusiast, and a lover of good music. He was also often goofy and stubborn and loud and unapologetic. Steve is preceded in death by his twin brother Jeffrey Cook, his parents William and Joyce Cook, and his granddaughter Sophia Cook. He is survived by his wife, Bobbie Cook; his sons James, Bill, and Andrew Cook and their wives Ginny, Jessica, and Stephanie Cook; his daughter and her husband, Mary and David Walker; nine grandchildren; and his sister, Marilyn Hirt. The family will have a celebration of life service for Doc when it is easier for the community to gather in a few months. In lieu of flowers, please send donations to Mount Calvary Baptist' Mission Fund, Avery MediHome Hospice, or Boy Scout Troop 807. The family would like to thank MediHome Hospice, Toby Guinn, Carrie Johnson, and Martha Garris for their kind support and care over the last few weeks of Doc's life. Words of Comfort and Memories may be shared with the Cook family by visiting our website www.rsfh.net The care of Doc Cook and his family has been entrusted to Reins-Sturdivant Funeral Home of Newland. (828) 733-2121

Steven Henry Cook MD (Doc Cook) passed away August 22nd at the age of 68 in his home surrounded by his family after his long struggle following a series of strokes. He was born in Syracuse, NY on September 6, 1951. He went to college in Waco,... View Obituary & Service Information

The family of Dr. Steven H. Cook MD created this Life Tributes page to make it easy to share your memories.

Send flowers to the Cook family.