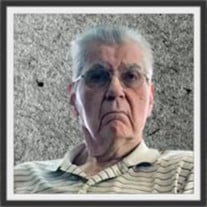 Robert Warren Longenecker, age 92, of Newland, North Carolina passed away on Monday, April 4, 2022 at the Blue Ridge Regional Hospital in Spruce Pine, NC. Robert was born on October 29, 1929 in Saint Louis City County, Missouri, a son of the late Warren B. Longenecker and the late Mary Stoner Longenecker. He was a graduate of the University of Miami where Robert received his masters in biology and minored in biochemistry. He worked for Coulter Diagnostics in research and development and then later in Baxter Healthcare in research and development. After retirement, Robert taught organic chemistry at the Miami Dade Community College. He was preceded in death by his Wife, Janet Joline Longenecker; Father, Warren B. Longenecker; Mother, Mary Isable Longenecker. Robert leaves behind to cherish his memory Two Sons, Richard (Jennifer) Longenecker of Newland, NC, John Longenecker of Kannapolis, NC; Two Grandsons, Richard (Colleen) Longenecker Jr. of Charlotte, NC, David Longenecker of Newland, NC; Great-Granddaughter, Winry Quinn; Four Step Grandchildren, Cassie Vance of Newland, NC, Caitlyn (John) Klinedinst of Oklahoma City, OK, Ella (Josh) Singleton of Newland, NC, Curtis (Brandi) Vance Jr. of Bristol, TN; . The family would like to extend their sincere thanks and appreciation to Chris Chiong for the years of friendship. In lieu of flowers, memorials may be made to: Medihome Hospice Care. Words of Comfort and Memories may be shared with the Longenecker family by visiting our website www.rsfh.net The care of Robert and his family has been entrusted to Reins-Sturdivant Funeral Home of Newland. (828) 733-2121

The family of Robert Warren Longenecker created this Life Tributes page to make it easy to share your memories.

Send flowers to the Longenecker family.