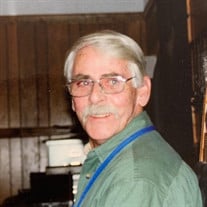 Robert Lee Braswell, Sr., age 79, of Newland, North Carolina passed away on Thursday, June 10, 2021 at his home in Newland after a brief illness. He was born on September 12, 1941 in Avery County, North Carolina, a son of the late Leonard Braswell and the late Faye Sparks Braswell. Robert graduated from Newland High School and enlisted in the United States Army. Upon leaving active duty he was always ready to serve his country again by enlisting in the National Guard and the Air Force Reserve. He was a proud member of the Pat Ray Post VFW Honor Guard. He could always be counted on to see his comrades to their final resting place with honor, dignity and the appreciation of a grateful nation. Robert was a Mason with the Cranberry Lodge and the Linville Lodge and a proud member of the Oasis Shriners. He worked for many years at Avery Machine and Welding and then taught welding at Mayland Community College. He was a member of the Elk Valley Baptist Church and enjoyed fabricating and Blacksmithing. In addition to his parents, he was preceded in death by a Brother, Tip Braswell. Robert leaves behind to cherish his memory are his wife of 61 years, Wanda Gay Woody Braswell of the home; Daughter, Tammy (Jim) Hebert of Ellijay, GA; Two Sons, Robert Lee Braswell, Jr. of Hanson, KY, Charles Christopher Braswell of San Jose, CA; Four Sisters, Gail Maltba of Elk Park, NC, Judy Gardiner of Boone, NC, Kay Braswell of Newland, NC, Katie Downing of Marion, NC; Brother, Sam (Judy) Braswell of Acworth, GA; grandchildren, Jessie Long, Lee Braswell, Trevor Braswell, Samantha Hebert; great grandchildren, Alyssa Long, Ansley Long, Jonah Braswell, Elisa Braswell. Services for Robert Lee Braswell will be held on Wednesday, June 16, 2021 beginning at 7:00 pm from the Reins-Sturdivant Funeral Home with Rev. Tommy Carver officiating. Masonic Rites will be provided by the Masons of Avery County and Military Honors will be provided by the Pat Ray Post of the VFW. The family will receive friends beginning at 5:00 pm on Wednesday at Reins-Sturdivant Funeral Home. The family would like to extend their sincere thanks and appreciation to Medi Home Hospice. In lieu of flowers, memorials may be made to: the Shriners Children's Hospital. Words of Comfort and Memories may be shared with the Braswell family by visiting our website www.rsfh.net The care of Robert and his family has been entrusted to Reins-Sturdivant Funeral Home of Newland. (828) 733-2121

Robert Lee Braswell, Sr., age 79, of Newland, North Carolina passed away on Thursday, June 10, 2021 at his home in Newland after a brief illness. He was born on September 12, 1941 in Avery County, North Carolina, a son of the late Leonard Braswell... View Obituary & Service Information

Send flowers to the Braswell family.