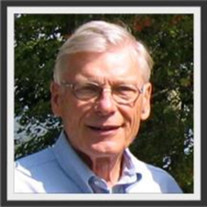 Obituary for Robert Emil Barinowski Jr. USAF-VET. Vietnam Robert Emil Barinowski Jr. of Banner Elk, NC left this life on “the best day of his life” October 27th, 2020 He was born in Augusta Georgia November 16th, 1930. He was a graduate of the Academy of Richmond County, attended Bob Jones University, and a graduate of Augusta Junior College as well as the University of Georgia. He was employed for a short time with his father’s milling company of Augusta, GA. Bob went into the U.S. Air Force where he served for 20 years. He headed the Air Force Combat Control Team in Vietnam during 1968-69. He retired from the Air Staff at the Pentagon and went into business in Southern Maryland. He then moved to the mountains of NC to quaint Banner Elk. In Banner Elk Bob sold real estate, and grew Christmas Trees. He and his wife Marti were founding members of Banner Elk Christian Fellowship. He served as an elder of the church until 2015. Bob also served as a lay minister and a Bible Study teacher in the High-Country for 42 years. Bob is survived by his wife of 58 years: Martha Haynes, their four children, and eleven grandchildren. They are Boe and Laurie Barinowski, Madeline, Silas, Elijah, and Sadie of Banner Elk, NC; Andrew and Linh Barinowski and Ryder of Whitefish, MT; Susanna Barinowski Hollingsworth, Asa and Jordan, Evan, and Phoebe of Salisbury, NC; Amy Barinowski Yawn and Alan Yawn, Owen, Annie, and Kaleil of Banner Elk, NC. In lieu of flowers the family requests that contributions be made to the following: Emmaus Bible School, Banner Elk Christian Fellowship, and High-Country YoungLIfe. A memorial service for Bob will be held on Saturday, November 7th 2020 at 2:00PM. The service will be at Banner Elk Christian Fellowship; masks are required. Words of Comfort and Memories may be shared with the Barinowski family by visiting our website www.rsfh.net The care of Robert and his family has been entrusted to Reins-Sturdivant Funeral Home of Newland. (828) 733-2121

The family of Robert Emil Barinowski Jr. created this Life Tributes page to make it easy to share your memories.

Send flowers to the Barinowski family.