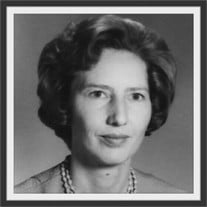 Lola Grace Young has gone home, having left this earthly realm on her own terms on the last day of her 95th year, February 8, 2022. Born February 9, 1926, Lola was the second child and daughter of Harry Roscoe Young and Myrtle Anne Buckingham Young of Minneapolis, North Carolina. She lived all her days in the home her father built when she was a toddler, the cozy little white house sitting near the playground at Minneapolis Elementary. Lola grew up surrounded by her many aunts, uncles, and cousins, attended grade school at Minneapolis Elementary and graduated from Cranberry High School in 1942, having been the May Queen her Senior Year. Lola attended Lees-McRae College (AA, 1948) and Appalachian State Teachers College (BS, 1954; MA, 1959). She was granted her Class A Grammar Grade Teaching Certificate in 1954 and her Graduate Elementary Teacher’s Certificate in 1959. Her first teaching job was at Glen Ayre Elementary School in Rock Creek along with her best friend, Velma Ruth Young Grindstaff. In the early 1970’s, she became Avery County School’s first female school principal. She retired October 4, 1979 as Principal of Riverside Elementary School. Professionally and personally, she touched many children’s lives and left a lasting impression. Lola was a faithful member of Minneapolis Christian Church and a committee member of the Minneapolis Community Cemetery Fund. Lola enjoyed traveling, having visited many destinations in the US, Canada, and Europe. In the early 90’s she and her sister, Ittoween began wintering in Florida. She thoroughly enjoyed the warm weather, beach trips, and gardening. A weekly source of entertainment were the yard sales and estate sales. She would come up with an itinerary, map out an efficient route to go to as many as possible, and did most of the driving despite all the help from the many backseat drivers that rode along with her. She had a great eye for treasures and furnished their home in Florida with many finds. She loved the beach too. A must-do each week was meeting for lunch at the Umatilla Pizza Hut for their pizza buffet. Her parents went home before her as well as her older sister Ittoween and at 88 she was “on her own” for the first time in her life. She has reunited with her parents and sister as well as her grandparents Merritt Clayton Young and wife Elizabeth Estella Erwin Young of Minneapolis and Noah Franklin Buckingham and wife, Barbara Ellen Fitzgerald Buckingham of Jonesboro, Tennessee. Left to cherish her memory are many, many cousins, the closest being John Clifton Canupp and wife, Lesley Hughes Canupp of Minneapolis who cared for her during the last four years, and Phillip Mark Canupp of Leesburg, Florida who grew up shopping and traveling with her. She enjoyed being a part of the lives of John’s and Lesley’s two sons, John Michael Canupp (and wife, Sarah Elizabeth Ormand) of Asheville, North Carolina and Milton James Canupp of Candler, North Carolina. No services are planned at this time. Lola will be cremated, with some of her ashes being scattered at her favorite beach. Her final resting place will be in a Duke’s mayonnaise jar and she will be buried along side her sister (in her Ball jar) with their parents this summer in an informal gathering at the Minneapolis Community Cemetery in Minneapolis, North Carolina. In lieu of flowers, donations may be made to the Minneapolis Community Cemetery Fund. The care of Lola and her family has been entrusted to Reins-Sturdivant Funeral Home of Newland. (828) 733-2121

Lola Grace Young has gone home, having left this earthly realm on her own terms on the last day of her 95th year, February 8, 2022. Born February 9, 1926, Lola was the second child and daughter of Harry Roscoe Young and Myrtle Anne Buckingham... View Obituary & Service Information

The family of Lola Grace Young created this Life Tributes page to make it easy to share your memories.

Send flowers to the Young family.