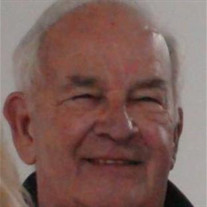 Johnny Arthur Canupp, age 81, of Minneapolis, NC, passed away unexpectedly on Monday, December 30, 2019. Mr. Canupp was born March 10, 1938 in Granite Falls, NC to Luther Monrow Canupp and wife, Corrinne Turnmyre Canupp. In addition to his parents, Johnny was preceded in death by his wife of 53 years, Carolyn Hope Burleson Canupp, sisters, Faye Craig, Kathryn Whisnant, Ramona Wilson and Sarah Warlick, and brother, Harry Teague. Left to cherish his memory are his sons: John Clifton Canupp and wife, Lesley Hughes Canupp of Minneapolis, NC, and Phillip Mark Canupp of Leesburg, FL; grandsons, John Michael Canupp and fiance Sarah Elizabeth Ormand of Asheville, NC, and Milton James Canupp and girlfriend, Kelsey Ogata, of Candler, NC, and many nieces and nephews. Johnny was a graduate of Appalachian State University in Boone, NC. His professional career in Avery County began in 1968 as the Title I Director. He then became Coordinator for Title III, the principal of Elk Park Elementary School, a teacher at Minneapolis Elementary School, and Principal/Teacher at Beech Mountain Elementary School. He concluded his career as an educator and leader at Newland Elementary School on April 1, 1998, having been principal there for 12 years. Johnny was an active member of the Avery County Democratic Party and served in many capacities for the Avery County Board of Elections over 40 years, including being Chairman of the Board for a number of years. Johnny was a member of the Minneapolis Methodist Church where he taught Sunday school for over 30 years. He was an avid fan of the University of North Carolina Tarheels, Carolina Panthers, and NASCAR Racing. He enjoyed listening to country music, doing sudoku puzzles, playing golf with his son John, and watching sports with his nephew, Roger. He served as "Mayor" of Minneapolis for several years as well. He was such a giving person and always tried to make everyone smile. He would buy Krispy Kreme doughnuts and Hardees breakfast biscuits and deliver them to family and friends. He loved to "get one over" on unsuspecting folks, having convinced many that during his military service his plane was shot down over the South China Sea. His service was actually stateside as a member of the 384th Army Band, Ft. Eustis, Virginia, where he achieved the rank of SPC E-4 and received an award for sharpshooting. He transferred from active duty to reservist for the Army in 1959 and was honorably discharged December 17, 1962. The Canupp family would like to extend a special thank you to cousins, Roger Mabry, Sr. and wife Donna Mabry, and their children, Michelle Smith, Melissa McLean, and Roger Mabry, Jr. for their love and support of their Uncle John. The family would also like to thank Kenneth McCoury and wife, Connie, whom he thought the world of. A memorial service will be held at 1:00 pm on Saturday, January 4, 2020, at the Minneapolis Methodist Church with Rev. David Hobson and Rev. Bryan Griffith officiating. The family will receive friends Saturday from 11:00 am to 1:00 pm at the church. Graveside committal service will take place at Minneapolis Cemetery, immediately following the funeral. In lieu of flowers, memorials may be sent to the John Callahan Scholarship Fund, c/o Wood Hall Young, Jr., P. O. Box 125, Minneapolis, NC 28652. I have many friends Some are good and some bad But John Canupp is the best Friend I ever had. Happy Birthday Big John. -Harry (Better known on tv as Cockeye Whitney) Words of comfort and memories may be shared with the Canupp family by visiting our website, www.rsfh.net. The care of Johnny and his family has been entrusted to Reins-Sturdivant Funeral Home of Newland, NC.

The family of Johnny Canupp created this Life Tributes page to make it easy to share your memories.

Send flowers to the Canupp family.