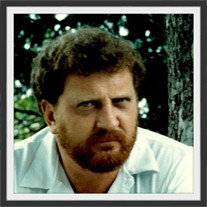 Jesse Lee Ollis, age 75, of Charlotte, North Carolina passed away Thursday, May 21, 2020 in Charlotte, NC. Born January 22, 1945 in Avery County, North Carolina, Jess was the first son of the late Boyd Otis Ollis and the late Rosa Lee Carpenter Ollis. Upon graduation of Crossnore High School, Jess was to go to the University of Tennessee. Uncle Sam had other plans and he was drafted in the United States Army at the height of the Vietnam War. He was a member of the 25th Infantry Division known as Tropic Lighting. He was attached to the 40th Infantry Platoon Scout Dogs in Pleiku, Vietnam, where he trained dogs to run various missions searching for Prisoners of War, saving civilians, and pressing on side-by-side with his fellow soldiers. Those who knew Jess, knew of the faithful German Shepard named Kelly that traversed life with him for many years. Jess was one of only ten dog handlers of his caliber in the State of North Carolina. Jess retired from Eastern Airlines having worked at multiple locations in Florida, South Carolina, and North Carolina. In his retirement, he worked tirelessly to give back to his community. He was a substitute teacher, active member of various athletic booster clubs, leader for the Right Moves for Youth, Cub and Boy Scout leader, mentor in the Lunch Buddies program, and coach for multiple sports at Kennedy Middle School and Olympic High School. Jess was also an active member and mentor at American Legion Post 221 where he dedicated his life to helping veterans come together and overcome the transition home. Jess was an avid outdoorsman who spent years sharing his love of hunting, fishing, and camping with all he knew. Few know that he was a fishing guide for many Hollywood Directors and Movie Stars who will remain nameless in order to protect their identity. In addition to his parents, he was preceded in death by his brother Joe Ollis, son-in-law Ron Brunnemer, and brother-in-law Ted Burleson. Jess leaves behind to cherish his memory, his wife of 35 years, Ira Avery Ollis of Charlotte, NC; Children, Genia Brunnemer of Fort Mill, SC and Zach (Bethany) Ollis of Tryon, NC; Siblings, Jack (Glenna) Ollis of Newland, NC, Janice Ingram of Linville Falls, NC, Julia Burleson of Newland, NC; Grandchildren, Jessica Brunnemer and Keith Brunnemer; Great-granddaughter Harper Lee Cawthorn; several Nieces, Nephews, Cousins, a grumpy old cat, and a 1985 Ford Tractor. Services for Jesse Lee Ollis will be held on Thursday, May 28, 2020 at 2:00 pm at the Reins-Sturdivant Funeral Home in Newland, NC. The family will receive friends beginning at Noon. In lieu of flowers, donations may be made to your local American Legion or Humane Society. Words of Comfort and Memories may be shared with the Ollis family by visiting our website www.rsfh.net

The family of Jess Lee Ollis created this Life Tributes page to make it easy to share your memories.

Send flowers to the Ollis family.