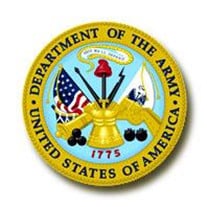 LTC (Ret.) Horace "Bud" Tilton Wilkinson, age 88, of New Port Richey, Florida passed away on Sunday, October 7, 2018 at his Summer home in Linville Land Harbor, in Avery County, North Carolina. He was born on May 2, 1930 in Geneva County, Alabama, son of the late Horace Greeley Wilkinson and the late Eunice Tilton Wilkinson. Bud was a proud veteran of the United States Army, having served his country for 24 years in the Korean Conflict, where he received a battlefield commission, and the Vietnam War. During his service, Lt. Colonel Wilkinson received the Bronze Star (with Oak Leaf Cluster), the Legion of Merit Medal, the Meritorious Service Medal, the Army Commendation Medal (with Oak Leaf Cluster), and the Army Good Conduct Medal (of which he was very proud.) After retirement from the Army he embarked on a separate career in real estate and was a successful real estate salesman and broker for over 30 years, retaining his licenses for his entire life. Bud and his wife, Joyce, spent the past 25 Summers in the Linville Land Harbor Community. He was an avid golfer, making 4 holes-in-one over the years, a voracious reader, and loved fishing since he was a young boy. Bud managed the Monday Mob Golf Group at Land Harbor for many years. In addition to his parents, he was preceded in death by a sister, Marjorie Wilkinson Brown. Bud leaves behind to cherish his memory his: wife of 67 years, Carolyn Joyce Hall Wilkinson; daughters, Victoria Kay Wilkinson of Tampa, FL, and Carol Wilkinson Vance along with son-in-law, Frederick Arthur Vance of St. Petersburg, FL; grandchildren, Geoffrey Wilkinson Vance, Allen Brown Vance, Alexandria Carolyn Abraham, and Danielle Tilton Abraham. Lt. Colonel Horace "Bud" Tilton Wilkinson was inurned at the National Cemetery of Florida in Bushnell, Florida. In lieu of flowers, memorials may be made to: The Pat Ray Post of the VFW, P.O. Box 516, Newland, NC 2865 Words of Comfort and Memories may be shared with the Wilkinson family by visiting our website www.rsfh.net The care of Bud and his family has been entrusted to Reins-Sturdivant Funeral Home of Newland. (828) 733-2121

The family of LTC (Ret.) Horace "Bud" Tilton Wilkinson created this Life Tributes page to make it easy to share your memories.

Send flowers to the Wilkinson family.