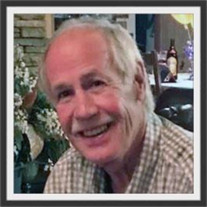 Frederick Wayne Julian was born on August 30, 1949, to Ruby and Adrian Julian, in Elk Park North Carolina. Fred or Freddy, as he was known to most, passed away unexpectedly at his home on December 30, 2021. Fred was the consummate sports enthusiast and was a virtual walking encyclopedia when it came to sports facts and information. He graduated from Cranberry High School in 1967 after a stellar high school career, both academically and athletically. He attended Sandhills Community College on a basketball scholarship before transferring to East Tennessee State University where he earned a degree in Business. Left to carry on his memory are his loving companion of more than 30 years, Kaye Hughes, two daughters Jessica and Amanda, his stepchildren Hannah Green and Sanford Green, his grandchildren Ayla and Finch, his sister Glenda (Ray) Rensi, his twin sister Frieda (Craig) Briggs, his brother Adrian Julian II, his sister-in-law Shad Peters, brother-in-law Jimmy Hughes, and a plethora of nieces, nephews and friends. One of his greatest joys was being “Gampy” to Ayla and Finch. He was preceded in death by his mother Ruby Smith Julian, his father Adrian Julian Sr., his brother Terry Julian, his niece Chayne Rensi, his great-nephew Harley Foster, his father-in-law Jim Hughes, and his mother-in-law Buddy Hughes. Fred was passionate about everything that he did or believed and would get very animated and expressive about a range of interests that included sports, current events, politics, justice, fairness. Fred was always there to listen and support the downtrodden. He never met a cat or dog he didn’t love. Our Fred was enigmatic. He will forever be remembered for his love and dedication to family and friends. Funeral Service for Fred will be Wednesday, January 5, 2022 beginning at 6PM from the Grandfather Chapel of Reins-Sturdivant Funeral Home. The family will receive friends beginning at 4PM until the service hour at the funeral home. All those attending the visitation and service are asked to wear a mask or face covering. Remembrances can be made to the Avery County Humane Society. Words of Comfort and Memories may be shared with the Julian family by visiting our website www.rsfh.net The care of Frederic and his family has been entrusted to Reins-Sturdivant Funeral Home of Newland. (828) 733-2121

Frederick Wayne Julian was born on August 30, 1949, to Ruby and Adrian Julian, in Elk Park North Carolina. Fred or Freddy, as he was known to most, passed away unexpectedly at his home on December 30, 2021. Fred was the consummate sports enthusiast... View Obituary & Service Information

Send flowers to the Julian family.