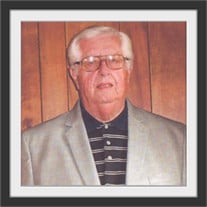 Donald R. Baker of Banner Elk, NC, passed March 22, 2021. He was born September 28, 1936 to the late Max and Grace Baker of Marion, VA. He was educated at Lees-McRae College, UNC-Chapel Hill, and East Tennessee State University. He worked in the art department at Delmar Printing Company in Charlotte after college before returning to Lees-McRae in 1960 as Director of Public Relations and Alumni Affairs. He also served as Sports Information Director and was in charge of media services. In 1989, he was names Vice President of Informational Services and Athletic Director. He served as Tennis Coach from 1961-1990 with a record of 508-150. He directed the Bobcat Tennis Camp from 1975-1990. Honors include induction into the National Junior College Athletic Association Football Hall of Fame in 2000 and the Lees-McRae Fred I. Dickerson Hall of Fame in 2001. He established the Costal Conference Football Association and served as the Executor Director from 1972-1990. He receives the Meritorious Service Award in 1992 for 20 years’ service for Region X Director of the NJCAA. He retired from Lees-McRae in 1994 after 34 years of service. He served as President of the Avery County Chamber of Commerce in 1984; was on the Region D Council of Governments, was named Outstanding Local Government Manager of Region D (2000-2001); and was a board member of the Avery Community Foundation from 2005-2010. He served as Avery County Manager (1996-2002), was recognized by Certificate of Appreciation by Governor Jim Hunt in recognition of dedication and outstanding service to North Carolina, November 28, 2002. He served as County GOP Chair from 2003-2018. He was named to the Martha Guy Hall of Legends of Avery County in 2014. He was a member of Mountainside Lutheran Church where he served as Congregation President from 2012-2019. Survivors include his wife, Joyce Pierce Baker (also of Marion, VA) of 62 years; daughter, Nicole Crain (Bruce) of Fuquay Varina, NC; son, Rick Baker (Angel) of Mars Hill, NC; grandson, Kyle Crain (Jordan) of Fuquay Varina, NC; grandson, Jordan Baker of Mars Hill, NC; granddaughter, Alexis Baker of Mars Hill, NC; great-grandsons, Brodhi and Brayden Crain of Fuquay Varina, NC; brother, Duane Baker (Diane) of Mathews, NC; and sister, Darlene Ray of Charlotte, NC. A private memorial service will held for the immediate family at Mountainside Lutheran Church. Memorial gifts may be made to Mountainside Lutheran Church at P.O. Box 235, Linville, NC 28646, or to Medi Home Health & Hospice, 1955 Newland Highway, Newland, NC 58657. Words of Comfort and Memories may be shared with the Baker family by visiting our website www.rsfh.net The care of Donald and his family has been entrusted to Reins-Sturdivant Funeral Home of Newland. (828) 733-2121

Donald R. Baker of Banner Elk, NC, passed March 22, 2021. He was born September 28, 1936 to the late Max and Grace Baker of Marion, VA. He was educated at Lees-McRae College, UNC-Chapel Hill, and East Tennessee State University. He worked in... View Obituary & Service Information

The family of Donald R. Baker created this Life Tributes page to make it easy to share your memories.

Send flowers to the Baker family.