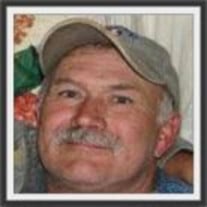 Danny Lane Pritchard, age 67, of Elk Park, North Carolina left this world late on Friday, December 25, 2020 at Watauga Medical Center in Boone, NC after a long battle with leukemia and other major illnesses for the last 10 years. He was born on April 19, 1953 in Avery County, North Carolina, a son of Nicola Turbyfill Pritchard of Elk Park and the late Harold Pritchard. Danny had worked on his last job, building dollar stores across the southeast. He was a hard working man who found his peace with farm animals or working the land. He was a very faithful friend and mighty protective of his friends and family. He was very giving to those less fortunate and would literally give the shirt off his back, or the shoes on his feet, it has been said, he literally did that more than a few times. Although he was not well for the last decade, he was always there for his ailing mother right up until the end. In addition to his mother, Danny leaves behind to cherish his memory his: Daughter, Brittany (Kevin) Pritchard of Johnson City, TN, Son, Daniel Pritchard of Elk Park, NC; Sister, Vera (Louis) Buck of Elk Park, NC, Brother, Steven Pritchard of Banner Elk , NC; grandchildren, Kelise, Kymiah and Kyzere of Johnson City, TN; Nephews, Toby (April) Pritchard of Banner Elk, Jordan (Destiny) Buck of Roan Mtn., TN, Logan (Jessica) Buck of Roan Mtn., TN; great niece, Kendall Buck; great nephews, Lucas Buck and Karson Arnett; Special Nurse Regina Rhodes; Best friend, Billy Doyle. A celebration of Danny's life will be held late in the Spring. Words of Comfort and Memories may be shared with the Pritchard family by visiting our website www.rsfh.net The care of Danny and his family has been entrusted to Reins-Sturdivant Funeral Home of Newland. (828) 733-2121

Danny Lane Pritchard, age 67, of Elk Park, North Carolina left this world late on Friday, December 25, 2020 at Watauga Medical Center in Boone, NC after a long battle with leukemia and other major illnesses for the last 10 years. He was born... View Obituary & Service Information

The family of Danny Lane Pritchard created this Life Tributes page to make it easy to share your memories.

Send flowers to the Pritchard family.