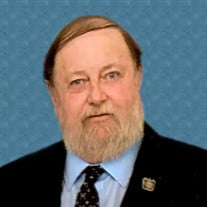 Daniel Eugene Hartley of Yadkinville, North Carolina passed away in his home, Tuesday, September 11, 2018. He was born on September 13, 1953, to Jeff Winfred Hartley and Betty Phillips Hartley. In addition to his parents, Daniel was preceded in death by his wife Patsy and brother, Dennis Hartley. Many stories could be and have been told concerning Daniel. He was not your traditional run-of-the-mill type of guy. In fact, while others dodged the draft and moved to Canada during the Vietnam War, his dad signed him up before he was even yet of age and Daniel became a United States Marine. He served his country for three years and came back home to Linville, NC where he had been raised all of his life. Linville was a small town that didn’t even have a traffic light and the home folks liked it that way. So, Daniel took matters into his own hands, and when a traffic light was finally installed, he got his gun and shot it out. Thus, Daniel earned the nickname “Harv”, after Harvey Oswald. Another traffic light was later put up; but, not to worry, Daniel would make certain that it wouldn’t be there long. Despite all of his mischievous ways, Daniel Hartley was a very intelligent man. Occasionally, he would find himself involved in legal matters; but, instead of hiring a lawyer each time, he was known to represent himself and win the case! He was a master Rock Mason, a trade he learned from his dad. Eventually, he moved to Yadkinville, NC and opened his own masonry stone company and rock yard. Daniel took pride in his work and it showed. The CEO of Lowe’s Home Improvement was so impressed with his expertise that he hired Daniel to do rock work for him! His work can be seen far and wide. A large rock sign stands today, near the entrance of the Church of Jesus Christ Cemetery, which he formed, in memory of Patsy. Although, he was not one to flaunt, Daniel had a very giving heart and helped many people in need, as well as donating to charitable ministries as an outreach to help those he didn’t even know. He had supported a local church both financially and in leadership. In recent years, Daniel enjoyed the simpler pleasures of life. Aside from being devoted to his work, he enjoyed collecting guns. Often, he could be seen reading his Bible which was one of his prized possessions. Those left to cherish his memory are his children Stacie Stewart (Phil) of Newland; Tracie Hartley (Randy) of Charlotte; Casey Hartley (Jamie) of Linville; Daniel Sly Hartley (Jennifer) of Yadkinville; Keisha Arnett, of Conover; Brian Greene, Dawn Green (Shannon), and Sandi Rouse (Eric), all of Yadkinville, NC. Also, Daniel has many Grandchildren and Great-grandchildren that will reminisce of his memory; as well as his brother David Hartley (Marcia), of Libby, Montana. Daniel loved being in touch with his family and couldn’t refrain from giving them advice. Casey will miss hearing his dad warn him with “Son, be careful driving out there.” Adding, “You know, there’s a lot of fools out on the road!” And, as recent as the night before his death, Daniel was reminding Casey of the upcoming Storm and warned him to prepare for it. More than likely, he spread this same advice to his other children, as well. His grandchildren have personal memories they will all hold dear, too. For instance, when Benji, Timmy and James each graduated from High School, Daniel gave them a Bible. Makayla will miss hearing his voice, as he referred to her as his little Angel! Daniel had a special love in his heart for his family. He made himself available for each one, as they reached out to him. God has blessed his family and loved ones with many memories that will never be forgotten! Funeral Services for Daniel E. Hartley will be held on Friday, September 14, 2018 beginning at 8:00 pm at the Church of Jesus Christ in Newland, NC with Rev.David Atkins officiating. The family will receive friends beginning at 6:00 pm up until the service hour at 8 pm on Friday at the Church of Jesus Christ in Newland, NC. A Graveside Service will be held on Saturday, September 15, 2018 at 11:00 am in the Tanglewood Cemetery. Words of Comfort and Memories may be shared with the Hartley family by visiting our website www.rsfh.net The care of Daniel and his family has been entrusted to Reins-Sturdivant Funeral Home of Newland. (828) 733-2121

Daniel Eugene Hartley of Yadkinville, North Carolina passed away in his home, Tuesday, September 11, 2018. He was born on September 13, 1953, to Jeff Winfred Hartley and Betty Phillips Hartley. In addition to his parents, Daniel was preceded... View Obituary & Service Information

The family of Daniel Eugene Hartley created this Life Tributes page to make it easy to share your memories.

Send flowers to the Hartley family.